skip to main | skip to sidebar

There are many areas en psychology, and of course, all of them have challenges to be resolved. The first, and most important according to me, is stop trying to prove the world that what we are doing is science. Mind and the processes related to it are able to be verified, but the individual behavior and each one self are such special that we have to treat them as they're unique.
Regarding technology, the psychometrical tests are mostly out of date. In Chile we are using, for example, the Wisc III, but the updating version (which is used on USA) is Wisc V. To do a good (and serious) work, we have to use the best tools available...

Today please write about important challenges that your discipline, or your field in general, is currently facing. Think in terms of the following areas:- Technology- Social Matters- EducationDefine the challenges, and say how you think they should be resolved in each area.Also, mention the critical issues involved in each area.Word Count: 350
Publicado por Alejandra D. en 1:57 PM No comments:

Today please write about issues of money. You might focus on some of the following:

Do you like to manage money, or is it something you dread?

How do you pay your bills? Online, at the bank, or another way?

Do you think public schools should teach children how to manage money, or is this the responsibility of parents and family?

Do you use a bank? Are you happy with it? Why, why not?

You may consider other money issues as well.

Suggestions for improving your Faculty.

Today we will write about suggestions for improving your Faculty. Please consider the following.

WHAT IS THE CURRENT SITUATION IN YOUR FACULTY?

WHAT THINGS NEED IMPROVEMENT? WHAT WOULD BE YOUR FIRST STEPS TO DEALING WITH THIS SITUATION?

HOW WOULD YOU RESOLVE THIS SITUATION?

WHAT COULD BE THE REAL BENEFITS/IMPACT OF THESE IMPROVEMENTS?

Please make comments on 2 of your classmates’ posts. 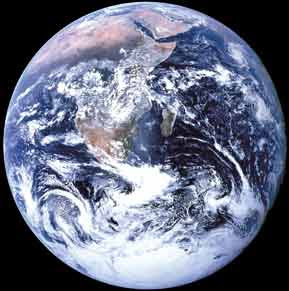 At this time, I’m so tired of everything, that anywhere but here will be a nice place to be on vacacion, especially ¡vacation itself!

If I would have the money enough to travel without concerns and an entire year to do whatever I want, I probably would take a tour around the world. I love to travel and see many different places, expecially natural and culturally-historical ones.

I surely would start my trip taking a train to the south of Chile. I’ve never been southern than Pichilemu, so, I want to know all the nice places that I’ve seen on protographs. When I arrive in Punta Arenas, I’ll take my suitcases back to Arica. I’ll stay there for a while, then, I probably would go to Brasil… ¡I love tropical places!

When I’ll be tired of caipirinhas, I’ll take a flight to Europe: Spain, Italy, England, France… all the historical places there. Also, I’d love to visit my friends, Then, maybe, will go to a safari in Africa… or take a plain to Asia: China first, and finally my dreamest place ever, Japan. I’ll probably stay there forever.
Publicado por Alejandra D. en 1:42 PM 1 comment:

Where to go and what to do in Santiago

For our next blog, please write about the following:

Where to go and what to do in Santiago.

Imagine a friend has come to visit you who has never been here before. Talk about where you might take them and describe those places in as much detail as possible. These could include tourist attractions as well as your own favorite places to go, like cafés, restaurants, etc.

The most important things that I own are books. I love to read, because is the only way I have to fly away with my imagination. That’s because I always choose fantasy books over another kind of stories.

My favorite author is Dan Simmons. He is an american author who writes genres such as science fiction, horror and fantasy, sometimes within the same novel. He is also a respected author of mysteries and thrillers. I love the way he writes, because when you are reading the story is flowed easily and you can't stop to read until you finish.

One of my favorite book, is his Vampires Mind, a psychic-terror novel about a small group of humans with the ability to seize and control the minds of those around them. The characters are psychologicaly good portrayed: you can see yourself loving and hating them at the same time, because they have internal conflicts that make you understand their choises.

It was my first attempt at one of Dan Simmons stories, two years ago, and I have read many more after this.

Now, when the I found the time enough, I want to read his trilogy: The Kali Song. I don’t know exactly what kind story is, but I’m sure I will like it.
Publicado por Alejandra D. en 1:50 PM No comments:

Transantiago: Before and After.

Transantiago started on February 10th, 2007. Before that day, we could see yellow buses on Santiago streets. This new transport system was very controversial, because many things were unfinished when it started.

It consists buses that have different ways to operate, some of them are locals and the others are “troncales”, which crosses a great amount of the territory of the capital. The idea of this system is that now we pay with a card in change of the coins, so, it’s faster than before, or that supposed to be. Also, the system operates with the subway, where the card can be used too. And when we want to change of bus or go to the subway, we just pay once if we did it already in other bus or in the subway, but it’s with limited time of course.

Since that day, everything changed. We could see long lines of people who wanted to go home, but they couldn’t. They had to wait for hours to get on the buses. Everybody was angry, because they felt absolutely humiliated. The system changed the way to travel in the city, because in the past, people could get on one bus and arrived to their destiny, but now, it is not possible. People have to get on a bus, and then, they have to get off and get on another bus. It has been my experience. Really, I didn’t use that means of transport, because usually, I used the subway, but I could feel the change, because suddenly the subway turned into the most important means of transport, so everybody use it. I have to wait a long time to get on the train and we were all squashed together in the tube and it is so uncomfortable.

The old system wasn’t a great system, but it was easier. We didn’t have to change from a bus to another, so we took a shorter time to arrive to our destiny. But everything isn’t so bad. I think the bip! card is a good way to pay the ticket. Now, drivers can concentrate on driving. Also, now drivers earn a basic salary independently of how many people get on the bus. I think that is great.

I think Transantiago has changed for better. Now, there are more buses than in the past, and buses frequency has improved. Obviously, it is not enough, and I hope problems can be resolved soon, for example, buses frequency has to improve everyday, because people are all squashed together yet.
Publicado por Alejandra D. en 7:03 PM No comments: